Summer Pavilion on the Water 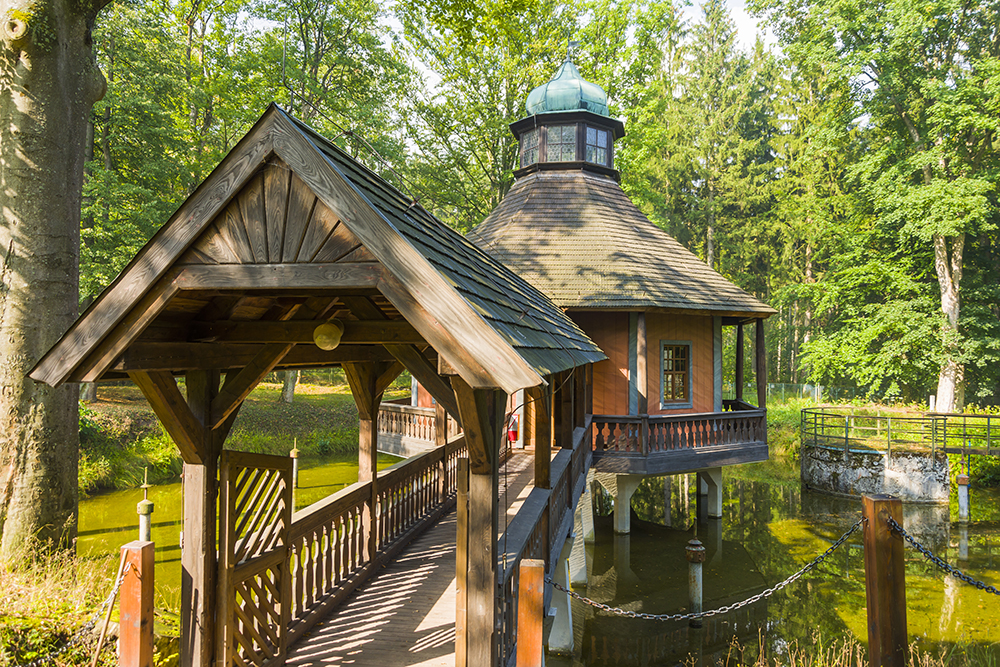 This charming village is located 2 km to the west of the centre of Krzeszów. The octagonal timber structure built on water, surrounded with a veranda and covered with a tent roof crowned with a cupola is particularly valuable. It is joined with the bank by means of a roofed bridge. It was erected for the abbot and the monks as a place of rest and contemplation.The pavilion, built around 1730 on the initiative of Abbot Innocent Fritsch, contains a series of paintings made around 1731 by Georg Wilhelm Neunhertz. They were placed in three rows, 8 paintings in each. The lowest row deals with the symbolism of water in the Old Testament, the underside of the roof contains paintings illus-trating the history of King David, and the cupola – oval portraits of King David’s bravest warriors.