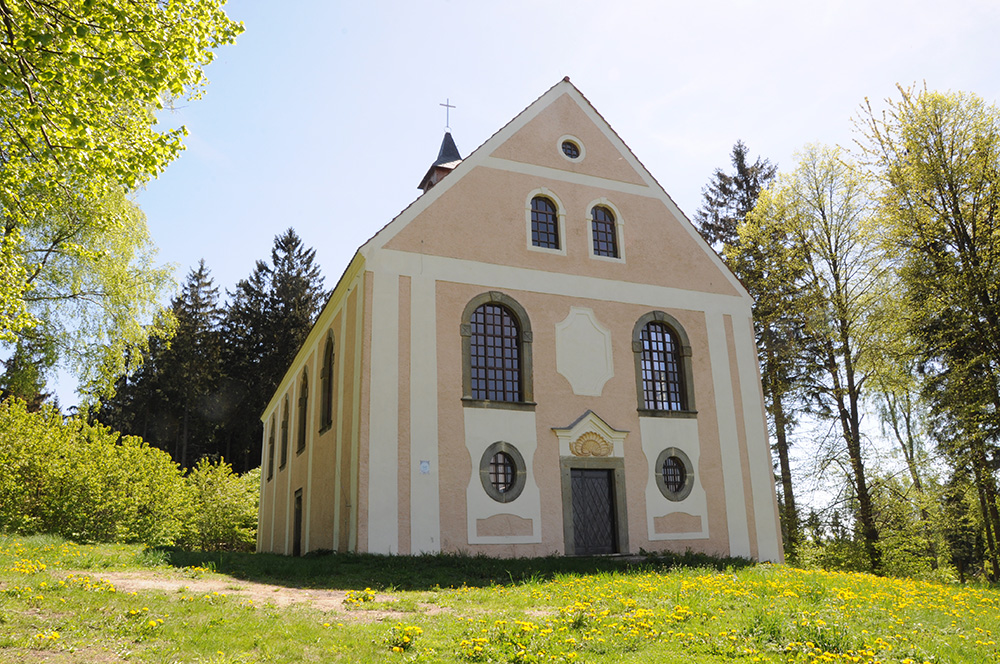 It was located on the hill of Saint Anne (593 m) which offers magnificent views of the abbey in Krzeszow and the mountains, including Mount Śnieżka. It was such a popular pilgrimage destination that a new chapel was built here in the years 1721-1722. After the Second World War, it fell into ruin but it has been recently restored by the Community Committee for Renovation of the Church on the Hill of Saint Anne and its Baroque features were restored. It was reconsecrated on September 25, 2011, by Bishop Marek Mendyk from Legnica.