It was built as a copy of the Calvary in Jerusalem. It consists of 33 stations located in 23 chapels. It is an exact copy of the Via Dolorosa in Jerusalem, which consists of the Way of the Captivity (Via Captivitatis) and the Way of the Cross (Via Crucis). The sacred character of the original was not reflected in the architectural forms and the similarity of the landscape (the surroundings of the abbey in Krzeszów are flat and thus the stations could not be situated on three hills or at their foot) but in the preservation of the Jerusalem measures, which means that the distance between the stations is the same as in Jerusalem. The only departure from that principle is station No. 5 which was dismantled and transferred to the Chapel of the Grotto of the Nativity in so-called Betlejem (the spelling of Bethlehem in Polish). The first Calvary in Krzeszów was built by abbot Bernard Rosa in 1672-78. At present, the chapel stations are made of brick and they were erected to abbot Rosa’s design by his successor – abbot D. Geyer (the work was carried out in 1703-22). The work was continued by I. Fritsch, the next abbot, and it was connected with the erection of the new mon-astery church (1728-35) which is architecturally connected with some of the calvary chapels. The most interesting chapels include „the Cenacle”, „Pilate’s town hall”, „Herod’s palace”, the chapel of St Mary Magdalene with the Holy Sepulchre, and „Jesus in the abyss” on the roof of the Mausoleum of the Piasts. The calvary in Krzeszów as a tourist route can be walked in two hours; with the prayers it lasts much longer. 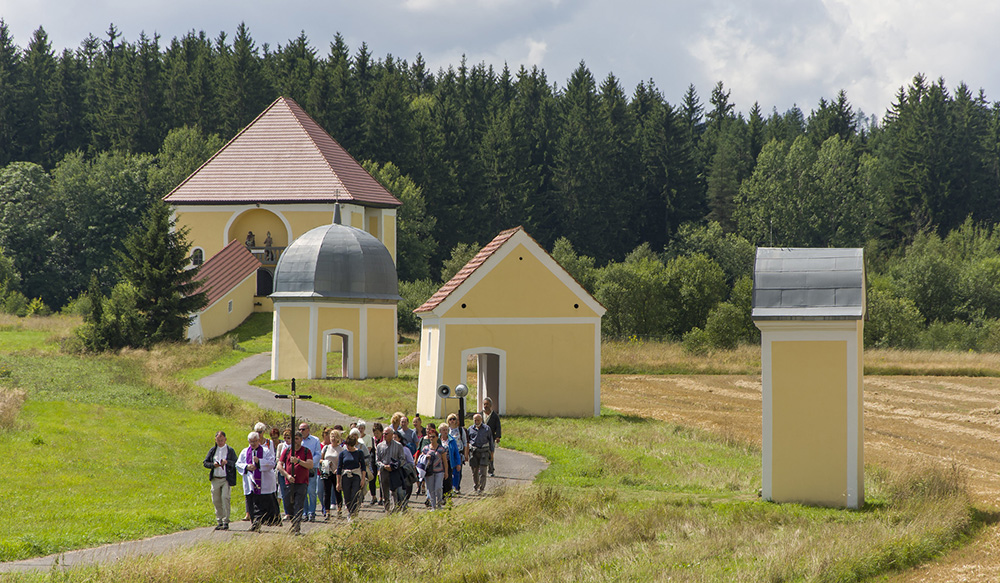